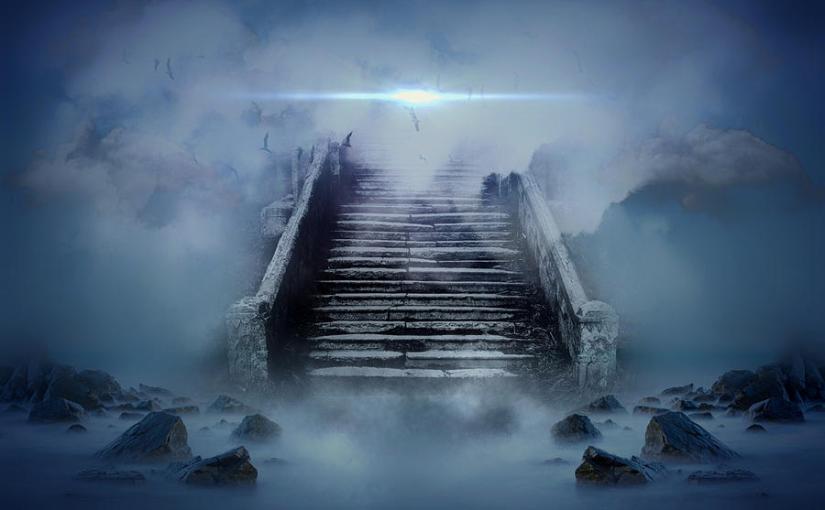 It is no secret that we are witnessing global events that mimic the prophetic word explained in the Bible.  Many teachers are proclaiming that the Day of the Lord is at hand and that we must repent.  They reference events happening in the Middle East and Jerusalem as prophetic, stating that the ancient prophecies of Isaiah and Ezekiel are coming to pass.  This is becoming main-stream as major news networks are proclaiming that prophecy is being fulfilled.

This leads to the question as to what events or signs must be seen prior to the Day of the Lord? The most popular teaching is that the Rapture must occur prior to the end of time.  This teaching is leading the majority of Christians to watch for the disappearance of millions of people, from all over the world, as the event that will mark the coming of our Lord.

Scripture tells of many signs that the final generation must watch for. The sun will turn dark, the moon to red, the stars will fall from the sky; these are all events that many books have been published about and have created wonder within the Church.

It appears that these heavenly events are becoming common place.  The last two Blood Moons that occurred (on January 31st and March 31st 2018) were also Super Blue Blood Moons, with the one in January situated over the Holy Land. People are watching the skies for signs, as this is exactly what Scripture has told the Church to do: “There will be signs in the sun, moon and stars. On the earth, nations will be in anguish and perplexity at the roaring and tossing of the sea” (Luke 21: 25 NIV).

We have already witnessed the Four Blood Moons that occurred in 2014 and 2015 joined with the Star of Bethlehem in the fall of 2015.  This combined with the Great American Eclipse in August 2017 and the Revelation 12 Sign in September 2017, the world is witnessing numerous astrological events that need to be taken seriously.

When looking at Scripture, this generation has been made aware of the following verse:

“In the last days, God says, I will pour out my Spirit on all people. Your sons and daughters will prophesy, your young men will see visions, your old men will dream dreams. Even on my servants, both men and women, I will pour out my Spirit in those days, and they will prophesy. I will show wonders in the heaven above and signs on the earth below, blood and fire and billows of smoke. The sun will be turned to darkness and the moon to blood before the coming of the great and glorious day of the Lord. And everyone who calls on the name of the Lord will be saved.” (Acts 2: 17-21 NIV)

Many have spoken stating that the Day of the Lord is coming and that these signs are indicating that His day has arrived.  This has been said so much that many are becoming deaf to its message and no longer believe the events are coming to pass.  They dismiss these happenings as normal and nothing to be concerned about.  What if they were wrong?

This Lunar Eclipse that occurs on July 27th 2018 is combined with other events that may indicate that this Eclipse is not normal.  Combined with the Earth being it’s farthest from the Sun, this eclipse also causes a Conjunction with a Mars Opposition Eclipse in Capricorn. What this means is that the Sun, Earth, Moon and Mars all line up, and when this Total Lunar Eclipse occurs, it will also cause an Eclipse on both Earth and Mars. This is only a partial eclipse (as only full eclipses are possible on Earth) but Mars will be in complete Opposition with the Earth and Sun on this day. This is only amplified by the fact that Mars will be at its closest location to the Sun since 2003 when it broke a 60,000 year record that will not be broken again until year 2287.

The location of Mars, combined with the Lunar Eclipse will make the red planet shine brightly in the night sky. There is also one additional aspect of this Opposition that makes what is happening even more complex.  Mars will be starting its retrograde motion. What this means is that when Mars is in Retrograde, it will appear to be moving backwards.

In theory, when there is a Total Lunar Eclipse with Mars in Conjunction with the Earth and Sun, if the light from the Sun was blocked out, Mars would be the brightest light in the nighttime sky.  This would be difficult considering that to block out the Sun would mean that the Sun would have to turn black.

This is where the location of the Hawaii volcano plays a substantial role.  When looking at the globe, the location of Hawaii is almost the exact opposite side as where the Lunar Eclipse will occur. When the eclipse occurs over the Middle East, Hawaii will be facing the Sun. Continuing with this logic, if there is a major eruption that occurs in Hawaii, the volcanic ash would cause the sky to turn dark as no sunlight would be able to penetrate the volcanic ash.  The combination of a Total Lunar Eclipse and volcanic eruption would then cause the Sun to turn dark and the Moon to turn red at the same time!

This leads to an important sign hidden within Scripture, the Lord’s Sign.  This Lord’s Sign is called The Stairway of Ahaz and was spoken about twice in Scripture:

“Then the word of the Lord came to Isaiah: ‘Go and tell Hezekiah, ‘This is what the Lord, the God of your father David, says: I have heard your prayer and seen your tears; I will add fifteen years to your life. And I will deliver you and this city from the hand of the King of Assyria. I will defend this city. ‘This is the Lord’s sign to you that the Lord will do what he has promised: I will make the shadow cast by the sun go back the ten steps it has gone down on the stairway of Ahaz.’ So the sunlight went back the ten steps it had gone down.” (Isaiah 38: 4-8 NIV)

“Hezekiah had asked Isaiah, ‘What will be the sign that the Lord will heal me and that I will go to the temple of the Lord on the third day from now?’ Isaiah answered, ‘This is the Lord’s sign to you that the Lord will do what he has promised: Shall the shadow go forward ten steps, or shall it go back ten steps?’ ‘It is a simple matter for the shadow to go forward ten steps,’ said Hezekiah. ‘Rather, have it go back ten steps.’ Then the prophet Isaiah called upon the Lord, and the Lord made the shadow go back the ten steps it had gone down on the stairway of Ahaz.” (2 Kings 20: 9-11)

In both of these instances, the light in the sky moved backward, causing the shadow to move the opposite direction.  This is described by Isaiah as the Lord’s Sign, which He will do as He has promised.  God has promised His return and the redemption of His people. Believers have been guaranteed that His prophetic promises will be kept and the Stairway of Ahaz is the sign of His promise.

If all of these events are fulfilled, the Sun will be blacked out by the volcanic ash, the Moon will turn red from the Total Lunar Eclipse and the shadow will move backward as Mars will be the brightest light in the sky, moving backward.  These events cannot be recreated or duplicated as astrological events cannot be impacted by mankind.  Only a divine hand can cause all of these events to occur at the exact same time, causing the Stairway to Ahaz!

The world is waiting for our Savior’s return.  This has been spoken about by the prophets of old, as well as, modern teachers.  His message has been spread across the entire globe and now astrological events are taking place that are described in the Holy Scripture. It is just a matter of time before the entire world will know the truth and that His return is real.  If the Stairway to Ahaz is a sign from heaven, this will be the summer that generations will remember forever.

155 thoughts on “The Lord’s Sign: Are Signs in the Sun, Moon and Stars Indicating the Return of Our Savior?”