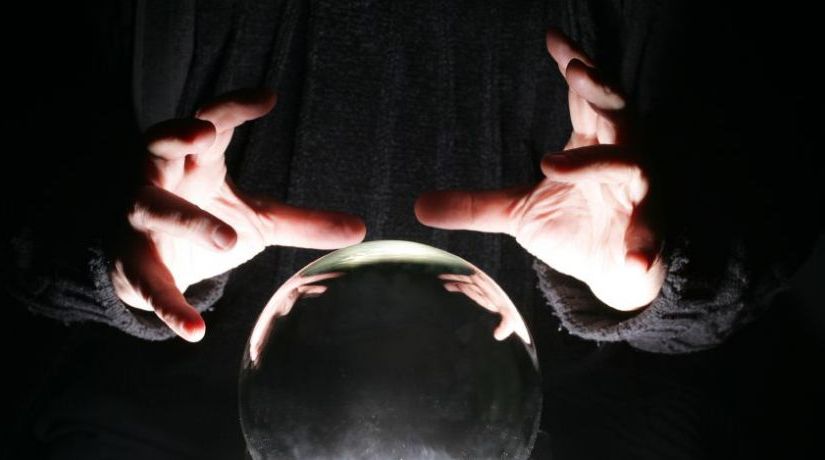 “In the fifth month of the same year, the fourth year, early in the reign of Zedekiah king of Judah, the prophet Hananiah son of Azzur, who was from Gibeon, said to me in the house of the Lord in the presence of the priests and all the people:

Then the prophet Jeremiah replied to the prophet Hananiah before the priests and all the people who were standing in the house of the Lord. He said, “Amen! May the Lord do so! May the Lord fulfill the words you have prophesied by bringing the articles of the Lord’s house and all the exiles back to this place from Babylon. Nevertheless, listen to what I have to say in your hearing and in the hearing of all the people:

From early times the prophets who preceded you and me have prophesied war, disaster and plague against many countries and great kingdoms. But the prophet who prophesies peace will be recognized as one truly sent by the Lord only if his prediction comes true.”

After the prophet Hananiah had broken the yoke off the neck of the prophet Jeremiah, the word of the Lord came to Jeremiah: “Go and tell Hananiah, ‘This is what the Lord says: You have broken a wooden yoke, but in its place, you will get a yoke of iron. This is what the Lord Almighty, the God of Israel, says: I will put an iron yoke on the necks of all these nations to make them serve Nebuchadnezzar king of Babylon, and they will serve him. I will even give him control over the wild animals.’”

Then the prophet Jeremiah said to Hananiah the prophet, “Listen, Hananiah! The Lord has not sent you, yet you have persuaded this nation to trust in lies. Therefore, this is what the Lord says: ‘I am about to remove you from the face of the earth. This very year you are going to die, because you have preached rebellion against the Lord.’”

In the seventh month of that same year, Hananiah the prophet died.” (Jeremiah 28: 1-17)

The story of the prophet Hananiah illustrates this notion and demonstrates that prophets do not prophecy of goodness and blessing but of war, disaster and plague. Jeremiah explains this in his response to Hananiah and the Lord Almighty reiterates this point in the judgment bestowed against the prophet.

All around the globe, we are being inundated with prophecies from so many proclaiming that they have been sent from God. Many are proclaiming the same salvation message present within Hananiah’s message about the yoke of captivity being removed and blessings being brought to God’s people. This is a message that many want to hear and is one that is easy to present. No-one is going to fight a messenger that is proclaiming blessings to the land, when all indications state that his words are true.

In the context of modern times, we know that we are living in the end of the age. We can see Biblically prophetic events unfolding all around us and only the naïve would state this is a normal time within history.

The problem is those that follow our Lord and Savior are looking for goodness and blessings, as this is what they have been taught. The masses have been told that if they are good enough and blessed enough, everything they hope and wish for will come true. These believers have also been told that they will not be subject to God’s Wrath and will be removed from this world, prior to the tribulation period. Its no wonder, they are unwilling to listen to anyone proclaiming the opposite. Why challenge your faith when you are being told everything you want to hear?

As events continue to unfold around our world, we will be able to see who has been sent by God and who is not of Him. Those who are proclaiming peace and prosperity, must have their predictions come true to show they have been sent by God. They must have the unfolding of the goodness of their teachings be fulfilled or they will be shown false. Considering the prophet Jeremiah specifically stated that the prophets do not bring such a message, it will be hard for those to show they are true.

Prophecies about the Second Coming of our Lord are filled with war, disaster and plague. We are told by Jesus himself that these things would happen prior to his coming. Understanding, that the Messiah and the Prophets of Old all came with the same message, we know this to be true and consistent with the workings of God.

We must not be naïve to believe that we will be removed from this world prior to the Tribulation Period. We must understand that we have been warned, over and over, within Scripture of what will come. War, famine, pestilence, earthquakes and disaster are what is coming upon this world.

We must make a choice. Will we believe that we will be removed from this earth to escape the time of our trial, or will be believe that we will be a light on this earth during the time of the end? The outcome will be the same regardless of what we desire. If the Pre-Tribulation Rapture is true, we will all be removed from this earth, regardless of our belief in its theory. If the Pre-Tribulation Rapture is false, only those who have prepared will be ready to endure during the time that Jesus stated would be like no other. The choice is ours on how we proceed from here!

“’Teacher,’ they asked, ‘when will these things happen? And what will be the sign that they are about to take place?’

He replied: ‘Watch out that you are not deceived. For many will come in my name, claiming, ‘I am he,’ and ‘The time is near.’ Do not follow them. When you hear of wars and uprisings, do not be frightened. These things must happen first, but the end will not come right away.’

Then he said to them: ‘Nation will rise against nation, and kingdom against kingdom. There will be great earthquakes, famines and pestilences in various places, and fearful events and great signs from heaven.

But before all this, they will seize you and persecute you. They will hand you over to synagogues and put you in prison, and you will be brought before kings and governors, and all on account of my name. And so, you will bear testimony to me. But make up your mind not to worry beforehand how you will defend yourselves. For I will give you words and wisdom that none of your adversaries will be able to resist or contradict. You will be betrayed even by parents, brothers and sisters, relatives and friends, and they will put some of you to death. Everyone will hate you because of me. But not a hair on your head will perish. Stand firm, and you will win life.

When you see Jerusalem being surrounded by armies, you will know that its desolation is near. Then let those who are in Judea flee to the mountains, let those in the city get out, and let those in the country not enter the city. For this is the time of punishment in fulfillment of all that has been written. How dreadful it will be in those days for pregnant women and nursing mothers! There will be great distress in the land and wrath against this people. They will fall by the sword and will be taken as prisoners to all the nations. Jerusalem will be trampled on by the Gentiles until the times of the Gentiles are fulfilled.

There will be signs in the sun, moon and stars. On the earth, nations will be in anguish and perplexity at the roaring and tossing of the sea. People will faint from terror, apprehensive of what is coming on the world, for the heavenly bodies will be shaken. At that time, they will see the Son of Man coming in a cloud with power and great glory. When these things begin to take place, stand up and lift up your heads, because your redemption is drawing near.” (Luke 21: 7-28)

2 thoughts on “Are Modern Prophecies Spoken from True or False Prophets? We All Shall Know the Truth Sooner Than Later!”